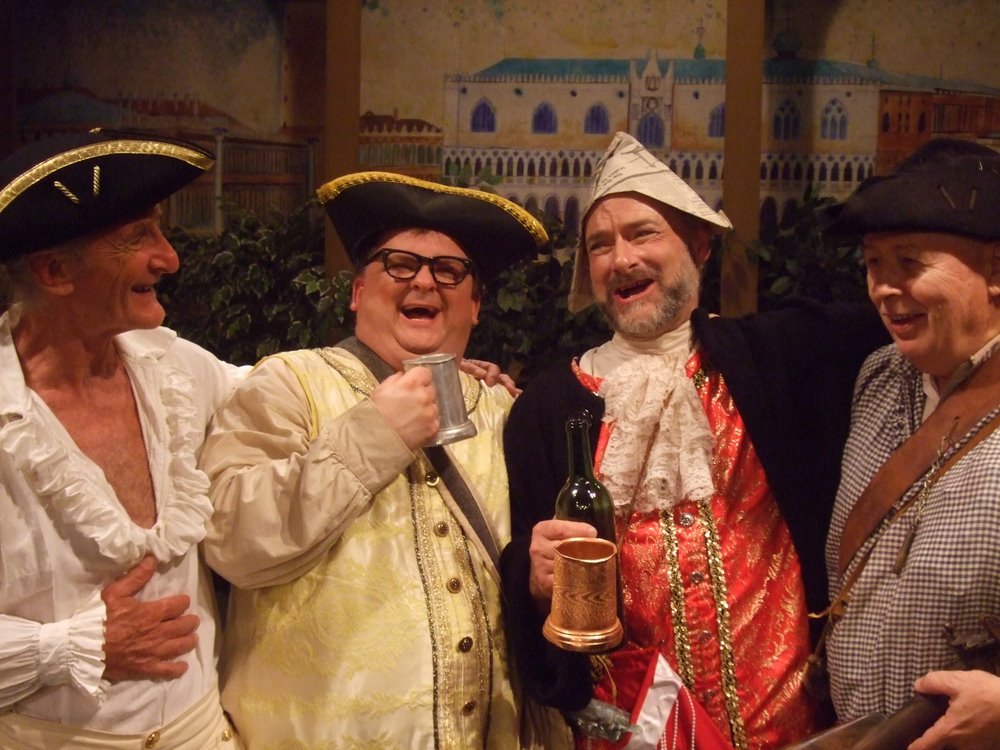 Mixed Nuts is a screw-ball musical comedy with music from the 20s and 30s, and a cast of independence-minded eccentrics from the Vermont State Hospital who have prepared a vaudeville review directed by Dr. Elizabeth Darcy. The bizarre crew of entertainers is lead by a re-incarnated, unpredictable, and loveable Ethan Allen. 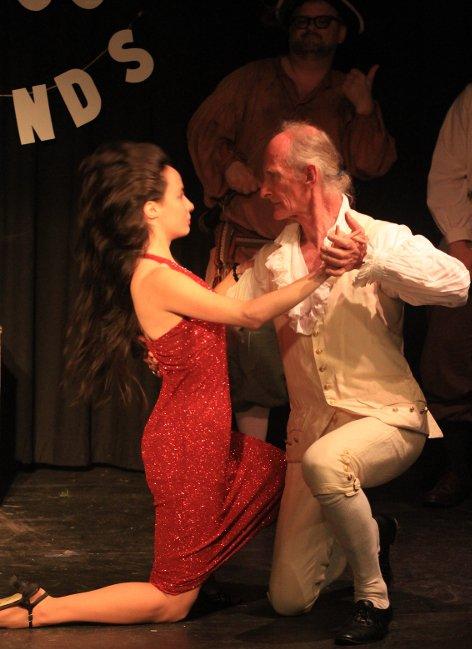 “In the name of Vermont we defy all the world!”

Is Mixed Nuts about secession? It is, in the same way that Pygmalion is about linguistics. But this is what Mixed Nuts is really about: the courage and camaraderie of a few people, and how music and dance can move us. And Pygmalion is about the courage of Liza Doolittle going up against the brilliant, cold, and uncompromising Henry Higgins. Whether Higgins succeeds in pulling off his experiment of teaching Liza “to talk proper,” or whether the inmates of Mixed Nuts succeed in their secession are both beside the point. Both these plays (and any play worth going to, for that matter) are about something more than their basic themes and plots.

I tell people who ask that Mixed Nuts is a screwball musical comedy about six inmates who escape from the custody of the Vermont State Hospital in order to make Vermont an independent republic. That is the kind of answer that one must give because people need to know the genre, the plot, and the motivation of the main characters before anything else.

The answer I want to give to that question is that Mixed Nuts is about dancing. But that is nothing to hang your hat on, and it would be doing the play a disservice because such an answer is so open to interpretation as to be meaningless. Mixed Nuts is the stuff of dreams.

And what is dancing that it is worth your time? Is it learning a few steps and moving around a dance floor? Sure. Is it “a language to whisper private and sacred things . . . the expression of a search for a passion that might be spiritual or romantic or uncategorizable, but that, in any case, is an antidote to the harsh facts of an earthbound existence?” Sure.

It’s also about camaraderie, courage, independence, conviction, reason, control, power, love, and the old horses: sanity versus insanity, reality versus superstition, and the blending of life and art.

But every character in the play is dancing. It is a dance from start to finish.